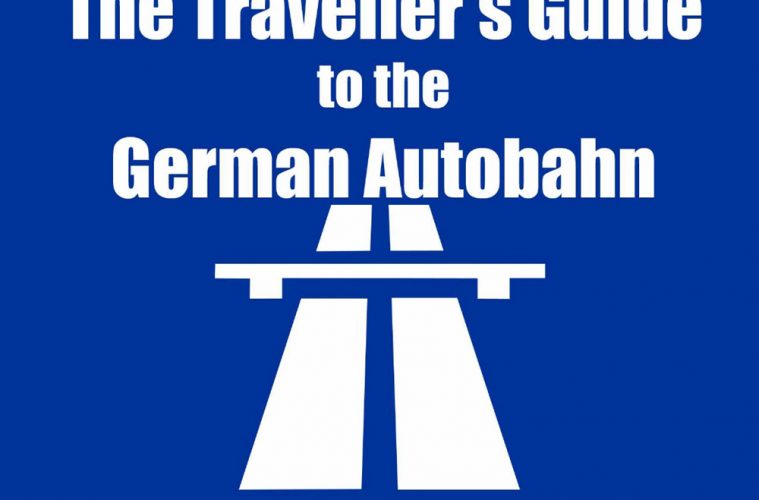 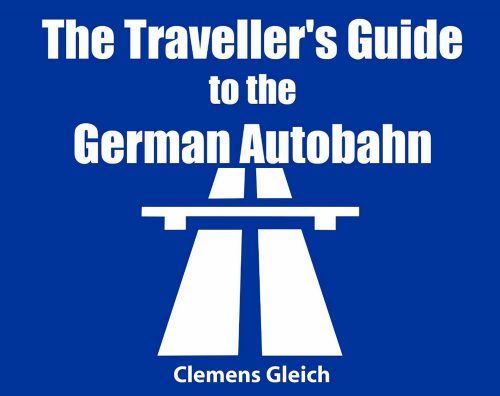 Let me welcome you to Germany, English-speaking traveler. I know the two reasons you come here for, because I often meet you at the usual places for going fast: There is a) the Nordschleife of the Nürburgring which to you is the only thing interesting about the Ring, and there is b) the Autobahn.

Let’s just leave a) because you already are much more obsessed with the Nürburgring than we are (or is entirely healthy) and let’s proceed straight to the limitless speed potential of b) our motorway network. There is much fun to be had here, but you can also return home frustrated, along with enough speeding tickets to keep you warm in winter. So you may want to listen to the following pro tips from a frequent flyer.

[…] Most more powerful car s are (mainly for cost reasons) limited to 250 kph (155 mph), so they are a better choice, because faster is better. A very common holiday rental car for Germany is the Porsche 911 in all its indistinguishable manifestations as it doesn’t have such an annoying limiter. A good 911 will give you over 300 kph (190 mph), which is what you should be aiming for to get the most out of your vacation. […]

[…] The same goes for the aforementioned limiters: Do not let an idiot remove them for you. The stress placed on the mechanical parts doesn’t climb linearly with the speed, but logarithmically. Math words aside, this means: parts that will be fine at 150 mph for years can give you a world of problems after a short time at 200 mph. So if you see the usual outward signs of mental retardation (a badly fitted aftermarket exhaust in a hideous body kit spring to mind) you have a probability of idiotic tinkering that is as near as 100 percent. […]

Many foreigners think that every Autobahn is basically the same, which can lead to a very unsatisfactory motor vacation, because it is easily possible to spend the whole length of it in absurdly limited sections and road works which means you might as well have stayed at home. There are some passages that not only are unlimited, but also have curvature radii that feel like a straight at 70 mph but tear your face off your skull (or your tires off the asphalt) at 170 mph. The A95 from Munich to Garmisch is a nice example (don’t go there on the weekends, when everybody and their mother will).

[…] My secret tip for you would be the A71 connecting Schweinfurt with Erfurt. It is still quite new, so it hasn’t made its way into the travel guides yet. You can go the whole length of it, the only limits being in the tunnelly bit. The tunnel stretches are a good place for a spot of R&R (relax and refuel), because there are nearly no service stations directly on the A71. Get off at Oberhof, race up an awesome hill course, pit stop, race down the awesome hill course, continue racing the A71. You can hold the pedal to the metal until it rusts into position – if you are brave or underpowered enough to leave it there in the many turns. […]

In Germany, we love rules. The only thing we love more than making The Rules is explaining The Rules to the ignorant, which I shall do now. Fear not, I will constrain myself to the rules concerning a happy holiday. As always, the rules are split into the official rules of the written law and the unofficial rules “you just know”. As the French expect visitors to know their history and culture and speak their language, the Germans expect you to know the unofficial rules without being told. You just know. Which is why I won’t tell you either.

[…] A rule I don’t have to remind the visiting speed tourist of is nonetheless interesting, even heart-warming: In Germany, it is forbidden by law to go so slow that traffic is hampered without a good reason (see §3 Abs. 3 Nr. 3 in our holy traffic bible StVO). Traffic will immediately be hampered the nanosecond you fall below the current speed limit. The law is not often enforced, but when it is, we celebrate like Americans when they have found another terrorist. Pray that the offender doesn’t pay his fine, as this will provide you with the rare opportunity to attend a (public) trial of a Peugeot driver where he will be condemned for his sins of slowness. The memory will last you a lifetime. […]

[…] Concerning the future of our motorways: You might have heard the German Green Party’s efforts to establish a general speed limit on the Autobahns. I can assure all you tourists this is something to yawn on and then forget. These efforts exist since before the Green Party existed. They have never gone anywhere. Green means GO!!!!!

You see, in general, Germans don’t care much about freedom. They will happily trade freedom for more order every time. But the Autobahn is the one exception. The freedom to drive as fast as we want is the only one we are prepared to fight for. To the German, speeding is like owning guns to the American. A general speed limit seems un-German to us, has a socialist stench, maybe even something French about it. […]