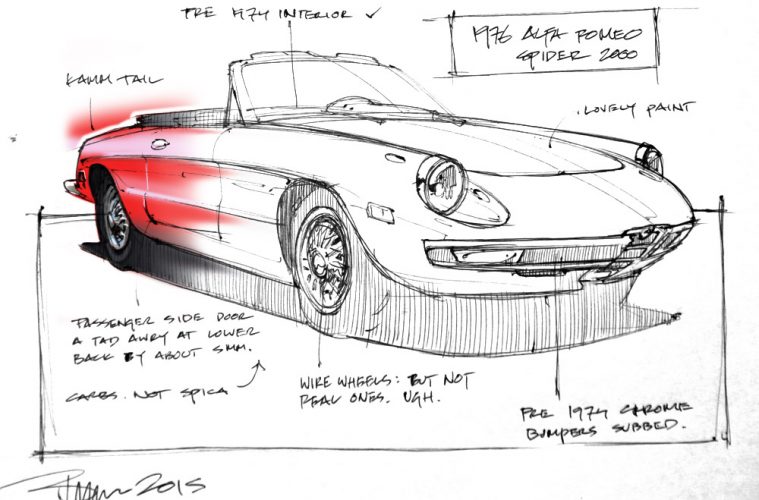 WebTip:
One Man’s Search for the Perfect Vintage Ride 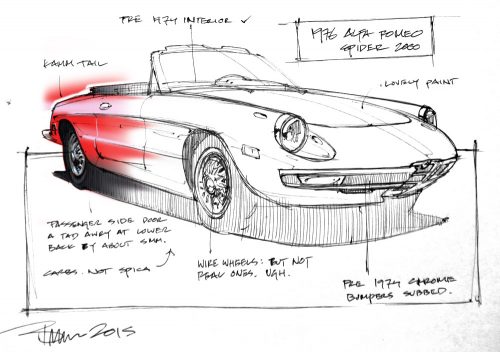 Lees ook: The Background en The Problem< OK – so I need (“need”) a new (old) car. What to get? Well, here are the rules. Ideally, the car should be a convertible. I like smaller cars and am inclined to European models, but my budget (sadly, always an important consideration) is not the sort that would readily allow me to consider E Types, 300SLs or even a Maserati Mistral convertible…. No, I will be limited to searching for cars in the $15,000 to $25,000 category. This is worsened by the fact that the dollars mentioned are “Canadian” dollars, which have taken a beating in the last several months.The car MUST be manual (there are exceptions, but they are “exceptional”). The car should also be manufactured between 1959 and 1976. Again – for the right car, these dates are malleable, but this is my preferred vintage. 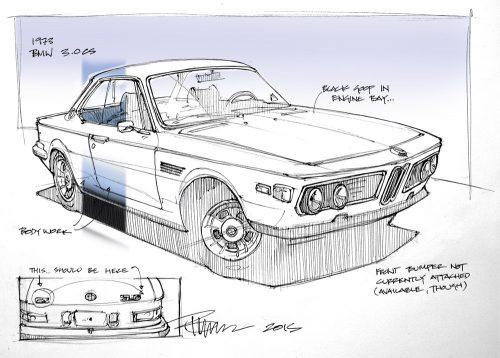 The good news and the bad news at the same time: it’s in my price range. This car has been on sale for some seven months and started at around $20k (CDN), but has since been reduced to $17k. I have NOT seen the car, and the seller, in spite of having sent me some 70 photos of the car has not, after a couple of weeks of conversation, (and queries into my whereabouts and status as a purchaser) actually offered to let me view the car. There may be excellent reasons for this, but this does little to ameliorate my impatience. In the meantime, I will comment on the photos I have seen. $17k worries me though. Seems on one hand to be too cheap – and worries me on the other that it will ultimately be too expensive. [LINK] 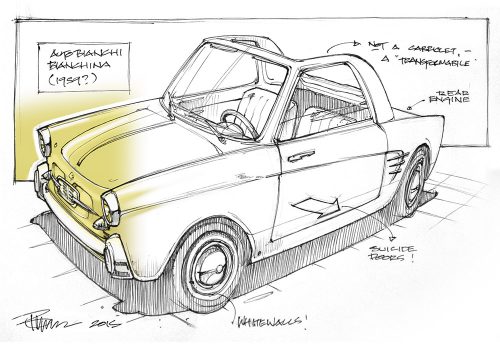 This was another car at the dealer ship that I visited last week – it was an Autobianchi Bianchina “transfomabile”. This is a car that was based on the original Fiat 500 platform and, thus, is tiny. I have always loved the old 500s, but this is just that little more elegant (not to mention, rare). This one, as per the rest of the cars there, was in very good nick, but sadly, was not for sale. [LINK] 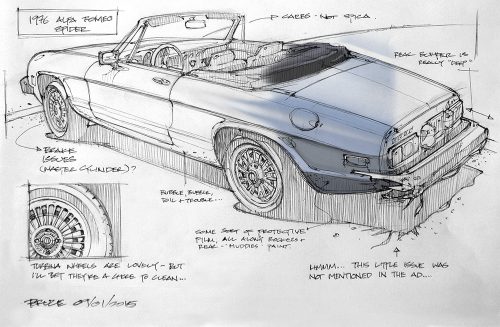 The owner was asking $11,000 for the car and I told him that I’d think about it. In reality, I had already made my decision. The bubbling paint was a concern to me, and as I’ve suggested, I wasn’t bonkers about the extra paint protection on the rockers and lower wings – also, there was some “softness” under the rockers behind the front wheels which seemed like bad news. The engine ran well, but the brakes were of course, a concern but, probably, not a hugely expensive one. Between the standard carb, the incipient bodywork issues, the brakes and the shark-attack bumper, I was already thinking about what car I’d like to view next. [LINK] 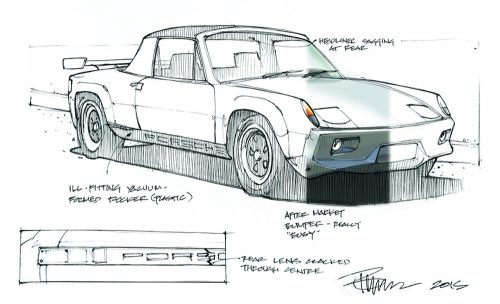 This is the first Porsche 914 I’ve looked at, so I’ve nothing to compare it to, but I do know the cars well enough to see that this one had been comprehensively modified. I know that there are various schools of thought on this, but I’ve always felt that the design is what it is and the “dressing up” of cars should be avoided or at least kept to a minimum, and I suspect that from a “value” perspective that originality is preferable. Immediately then, I saw this car as a bit of a “toy”. The stock wheels and tyres had been replaced with wider versions, fender flares are added on all four fenders and the front and rear had a (to my eye) poorly integrated front and rear bumper that were very “busy” in appearance. [LINK] 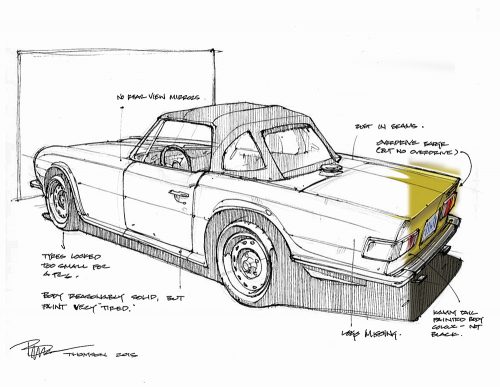 I know that this is a matter of personal taste, but I couldn’t say that I thought much of the colour – the shade is, I think, called “Mimosa yellow”, and its hue is that of darkish dijon mustard. The car didn’t present well, its overall appearance being dusty and grimy. The car had been painted in the past, as the back end of the car (see sketch) was yellow – and from the factory they came semi-flat black. It was also missing the TR6 sticker just in front of the tail-lights. All in all, the car was in generally good, if tired, condition, but there were some odd elements to it. [LINK]