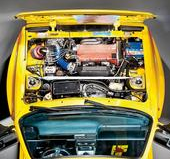 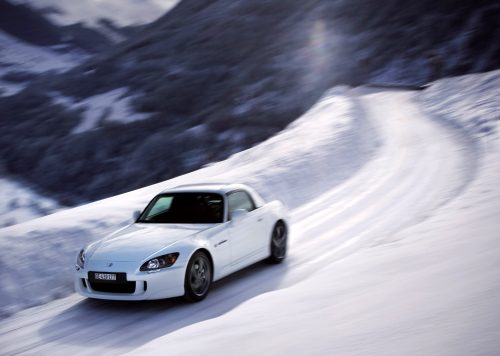 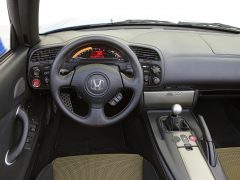 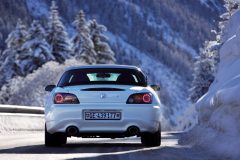 Many manufacturers claim to produce performance cars that cater for the driving enthusiast, and while they may have a sports car or two in their line-up, they inevitably fall short on some crucial points. With rear wheel drive, 50:50 weight distribution, double wishbone suspension and a short shift manual gearbox, the Honda S2000 ticks all of the necessary boxes, and as a bonus added one of the greatest naturally aspirated engines of all time into the mix. […]

Which one to buy?

Externally there is little to differentiate a 1999 car from a 2009 one, bumpers and wheels where revised in 2004 and an optional hard top, standard on the GT was introduced midway through production.

The majority of changes were carried out to the suspension and dampers, initial complaints of twitchy on-the-limit handling meant that Honda kept tweaking the underpinnings to improve the cars dynamics throughout the production run. The biggest changes took place in 2004 and cars built from this year on were easier to handle when pushed. A stability system become an option in 2006 and was standardised from the 2008 model year. […]

• Despite the 9000rpm rev range, the 2 litre engines are durable. They tend to use a lot of oil, requiring a top up every 1000miles or so. Low oil levels and irregular oil changes are the biggest cause of engine problems.

• The timing chain tensioner can fail. A rattle on start-up is an early indicator, and if it does break can cause some serious damage to the engine, so have this checked out.

• VTEC systems are known for their reliability however infrequent oil changes can result in sticky hydraulic pins. Bearing shells can also wear out prematurely.

• The interior is not as robust as the rest of the car, and the roof can leak around the screen pillars. Seating position is a bit high and tall drivers may struggle to get comfortable.

• The gearboxes are strong with the post-2004 cars getting upgraded carbon fibre components helping extend the synchromesh ring lifespan.

• Suspension bushes tend to require replacing after 70,000 to 80,000 miles with the lower control arms being the weakest component.