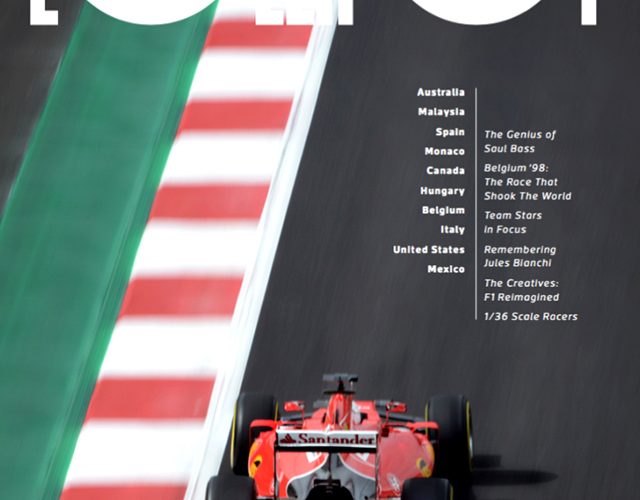 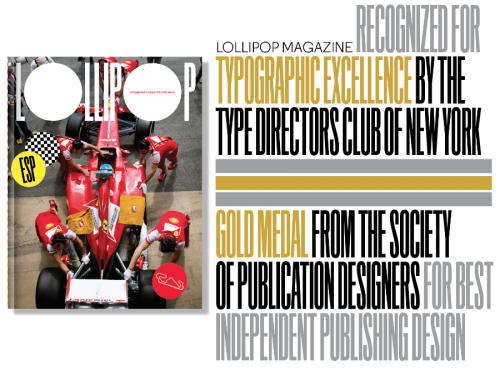 THE GOAL AND DESIGN

Lollipop is designed to be enjoyed like a fashion magazine … it’s all images, with very few words and no “grey” longform text. We inform what the reader is looking at through captions, and we give some specific race and circuit data. But beyond that, we simply want to document history. We go into each race much like how war photographers did in WWII, attempting to show what is going on around us as we stand amongst the action.

You can be a fan or gain an understanding of F1 through a multitude of media, with all the stats, news, history and gossip found on the web. We acknowledge that, but we aren’t competing with that: we are showing real events, real moments, without glamourizing and hyping. We show the raw footage and as magazine creators, we don’t stand in between our readers and the subject, we simply attempt to bring the two together and then get out of the way.

Our hope is to simply showcase Formula One racing to an audience that is as enthusiastic about it as we are, by showing North American fans glimpses of the sport they do not get to see on TV or in the news-style presence F1 seems to only have. And for the curious fan who knows nothing of the sport, we simply want to appeal to their visual aesthetic and reveal to them the beauty and grandeur of it all. [Tom Brown via SPD.org]

I am a life-long fanatic of Formula One racing, and my passion has always been to publish my own magazine, in particular a F1 magazine. But the likelihood seemed unattainable simply because the world of F1 is extremely guarded and closed to the average person … or at least people who don’t have the credentials to be where the real action is.

When photographer Josh Paul asked for my help on where to begin to request photography accreditation to shoot a Formula One race in May, we also discussed my dream and talked about creating a print promotion for Josh to showcase his own equally passionate lust for cars and F1 racing. We simply saw it as a fun collaboration to promote Josh’s incredible talent.

With determination and the help of Road & Track Magazine, Josh was eventually granted accreditation to shoot a single race event: The Spanish Grand Prix. While shooting the race in Spain, Josh realized he was the only accredited American photographer, and decided to shoot it a little differently, more like a travel story about a Formula One race weekend. He worked hard to meet the race directors and communications officers within the F1 teams, and was soon invited to shoot the team’s drivers and inside the garages. With his accreditation, he also had unprecedented access to shoot in the paddock, trackside and in the pits.

After Spain, he continued to Monaco, to shoot the most exclusive race of the season. This was like hitting the jackpot — not only was he able to create exclusive photographic content, but he was now shooting multiple races, and suddenly being invited to travel around Europe to shoot the team’s factories for an even closer look … unbelievable! [Joshua Paul via SPD.org]